Let me begin  by saying that lying in a relationship is wrong, no matter the reason.

Relationships are best built on trust and honesty with total understanding. I got to ask a few of my friends what they thought about the topic and I got pretty interesting comments but I’d like to share mine first.

Why it is never okay to lie in a relationship

Lies are some sort of a toxic trait. I say this because, when you begin to tell a lie to your partner, it may bother you for a while but then you find yourself telling other lies to make the first lie stand. Then before you know it, you yourself even forget the truth and get so comfortable with the lie.

Now my question is why put yourself in the position to lie when you could have avoided the whole situation in the first place?.

Lies break trusts and hearts faster than the truth would. The idea of I lied to protect you is shit. Forgive me, but the lie isn’t protecting the person it’s being told to rather it protects the person who is lying.

Lies shows that you don’t trust the person to handle the truth, you look down on the person’s intelligence and don’t respect the person or the relationship.

It’s better to say the truth In any given the situation, no matter the reaction you may get. There is room for forgiveness when you accept your wrong than when you’re caught.

There are other situations that a lie could be perfect for the situation, maybe it isn’t actually your wrong and you’re totally not okay with it but then you hide your emotions thinking you’re doing each other well. No, you’re wrong. Maybe there is something the other is doing that’s making you unhappy and probably he or she is sensitive enough to ask you how you felt about it and then you pretend or lie about it. Common, how is the problem going to go away if you never confront the truth?.

Lies create distance. A really big drift, especially in communication. I believe when you begin telling lies and it’s such a big lie and you’re trying too hard not to slip. It’s not just your mouth that might be slipping but you would be slipping away and you’re the one who is lying. Then you begin to wonder what’s actually happening, but little did you know that it’s the thing you are keeping away from him/her that’s drawing you guys apart.

In the long run, understanding is really important, you have to know how to tell someone the truth in a way it doesn’t hurt. If he or she is the type to throw a fit about things, you might want to get something they like to ease the mood. It doesn’t and wouldn’t work in all situations really. You’ve got think real hard about it.

I think it’s better not to say anything than to lie, but then the silence might be creating a drift and you might not even know it until it gets worse.

Another thing that bothers me is people who have trust issues or problem believing what other people say. Like for me, I’m a straight forward person and so I tell you as it is and I in my own thinking feel I should be obliged in that manner, so I take your word for it cause I see no reason for lies.

Someone, on the other hand, would result in thinking everything they’re being told is a lie when they’re actually being told the truth. Honestly, I don’t know how you can deal with this kind of people, but in my advice, I’d say you stick to the truth and stand by it, let them wallow in their disbelief as long as you know you did nothing wrong while also being patient with them.

So that’s my take on lying now let’s hear what my friends had to say about lying in relationships. I’m keeping them anonymous, so the name that appears below isn’t their actual names.

No for me, lying when asked is not good in any way, but we all know that sometimes the truth can ruin everything. So the smart thing to do is withhold the truth but once you are asked, be honest and be prepared for what comes after.

My response: It just might work for some kind of situations but if it’s something that can affect the relationship, I believe it would be best not to withhold it and just come up straight, suck it up, plead your case guilty or not, pray the court charges you less and accept the penalty. That’s what real bosses do. Lol

It’s not nice, but the fact is it’s better not to ask some questions that you know when you hear the answers you would get hurt. It might end up making the person to lie just to reassure you of his or her love.

My response: what if you needed to ask the question to reassure yourself of the relationship?

Well I think if you are in a serious relationship with someone and you love the person, you should be open and honest with the person.

My response to this is that I totally agree. Honestly all relationships whould be defined, when it is defined and you know what’s at stake, then you know that you must be honest.

First people are different and honestly, I never know when someone is lying to me. I believe people should be honest with their feelings. No matter how small. We should tell the truth. Lying might end ones relationship, else the person wanna risk it

And I agree one hundred percent.

I don’t think anyone deserves to be lied to. I prefer you don’t say anything rather than telling lies. For me it’s a total turn-off because I’m very vulnerable and I tend to take people for their word because I always try to be stand for the truth. It’s totally heartbreaking when I discover I’ve been lied to. I‘ll find it difficult trusting such a person. Like me I get jealous but I know how to contain my insecurities without being weird about it. It all comes down to understanding & trust

And I agree one hundred percent.

Depends on the situation. You either lie to save your relationship or lie to save yourself and most girls just don’t wanna know what the guy lied for they just tag the word lie as BAD. Not denying that fact but There some situations you find yourself Not planned but it just happens lie needs to be involved. That moment you not lying for your selfish desires but rather because you don’t want anything to break your bond. Most times when girls get angry they tend not to understand the truth. Even our parents do tell us that lying is not good but sometimes ask us to say they are not around to anybody who comes looking for them meanwhile they are around. We all are actually wanting the truth but we all keep getting baby truth the real truth is bitter and that exactly am not sure every girl who is angry will want to hear it at that point in time

My response: I know we girls can be overbearing sometimes but we deserve to know the truth.

Isn’t like honesty the most important thing. So it’s not okay. You are meant to be able to trust this person. How you going to trust someone that lies to you?

My response: I strongly agree and why lie in the first place when you could have done everything in your power to avoid that thing that would have made you lie than to use that energy to cook up lie.

Saves time and stress. That’s why I always adore people that keep it real. We all humans want to lie, it’s a free will. My own is provided your intentions for me are good. I reward 100 for 100. loyalty for loyalty. Spoil me I spoil me.

Yep treat people how you want to be treated.

Most guys feel it’s easier to deal with issues than, to tell the truth, which raises more question but I always try to tell my girl the truth. If I don’t want to lie at that moment I just change the topic to avoid it for the moment.

That’s all for the comments.

What do you think about lying in relationships?, I’d like to know in the comments below.

If you want to participate and get featured follow me on I.g @yeka_asumah. The question goes up on my stats occasionally. This one was done on WhatsApp.

Vitamin C Serum: A Skincare Routine Must Have

How to Learn Any Language and Teach yourself to fluency 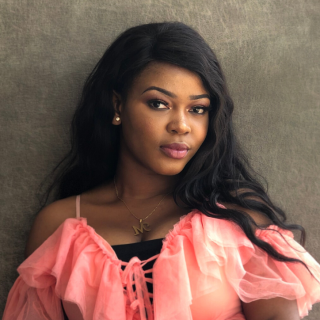